Is It Time to Ditch the Word “Nonprofit”?

Is It Time to Ditch the Word “Nonprofit”?

We transitioned from the term “charity” to “nonprofit” in the 20th century. Now it’s time to evolve and claim an even more fitting title for the sector.

Although philanthropists and social impact organizations differ in many ways—from their approaches to funding to their levels of transparency and innovation—the sector collectively seems to agree on one thing: The word “nonprofit” isn’t cutting it.

As Suzanne Perry wrote back in 2008, “Why should groups describe themselves by what they are not?” Nonprofit professionals, after all, don’t focus their energy on not enriching shareholders, as the word implies.

Speaker and nonprofit executive Dan Pallotta went further, writing: “The word ‘profit’ comes from the Latin noun profectus for ‘progress’ and the verb proficere for ‘to advance.’ ‘Nonprofit’ means, etymologically, nonprogress. This is not a simple case of mistaken meaning. It’s a dangerous unconscious statement of intent, or lack of it.” This moniker, Pallotta argues, only perpetuates negative attitudes toward charitable organizations. He suggests “humanity sector” as a term that better reflects the shared goal.

Meanwhile, Robert K. Ross of the California Endowment has promoted the term “delta sector,” in reference to the Greek symbol for change. Others’ suggestions include social sector, third sector, independent sector, and social good sector.

The sector has already navigated similar changes in terminology, such as the decline in use of the word “charity.” As organizations have evolved, so has the terminology. To elevate the sector’s authority and ability to solve the world’s most dire social problems, individual organizations and media outlets must now adopt a name for it that indicates the value and power of its work.

What’s in a Name?

Isn’t a spade a spade, even if you call it a shovel? Will rebranding the sector really make it any more impactful? Does it even matter what the community of nonprofit organizations, philanthropists, and other actors in the social good sphere call it?

Precedent, research, and popular culture tell us that it does.

Anyone who has prepared or reviewed a resumé knows the importance of having the right job title. It conveys experience, expertise, relevance, and ambition. What you call yourself is a signal, not only to others, but also to yourself, of what you are capable of. If your title is “intern,” you probably don’t feel you have much authority or responsibility at an organization. Having “manager” on your business card, however, empowers you to lead and make decisions. Giving social good organizations a more fitting title could energize the sector and spur greater innovation and ambition.

Additionally, any politician will tell you that names have a big influence on how the public perceives an idea. For example, surveys found that significantly more people opposed the Affordable Care Act when it was referred to as “Obamacare.” Although both terms describe the healthcare legislation, the name researchers used affected the policy’s acceptance.

We’ve also seen social activists revise their language to appeal to broader audiences. In recent years, many organizations advocating for the right of gay and lesbian couples to marry have phased out the term “gay marriage,” which emphasizes the minority group’s otherness. “Marriage equality” has become the preferred term because it emphasizes inclusion and egalitarianism.

Neither Obamacare nor gay marriage were inaccurate terms—they just weren’t the best names for garnering public trust and support. Although “nonprofit” does signal that an organization has been approved for tax exemption, it fails to convey the expertise, determination, and proactive nature of the sector. An industry that works tirelessly to alleviate suffering, institute social justice, and protect our planet deserves a name that honors its aspirations and achievements, not just a tax classification.

Fortunately, the sector has already demonstrated that it can adapt its language to better reflect its place in society.

A Precedent for Evolution

We didn’t always call it the nonprofit sector. For centuries, efforts to help others were known primarily as “charity.” As Pallotta notes, the Puritans’ idea of charity was more about cleansing the giver than uplifting the beneficiary. Over time, however, the notion that charity was a tit-for-tat exchange for immortal salvation fell out of favor, and the focus turned to charity as a devotional act to glorify God and benefit people in need.

This shift was only the beginning of the nascent sector’s move toward a more constituent-focused industry.

In the early 1900s, “charity” was still the dominant term used to describe organizations that helped people in need. The New York Times archives show that the publication didn’t use the word “nonprofit” until 1915, whereas it used “charity” since its founding in 1851. Between 1915 and 1959, articles that mentioned “charity” outnumbered those that mentioned “nonprofit” more than nine-to-one.

The sector’s growing role in social welfare and increasingly secular culture, though, eventually led to the wider adoption of the term “nonprofit.” Since 1960, New York Times articles using the word “nonprofit” (76,249) have outpaced those using the word “charity” (46,762), as charitable organizations have become a more professionalized sector, in accordance with changes made in other industries. 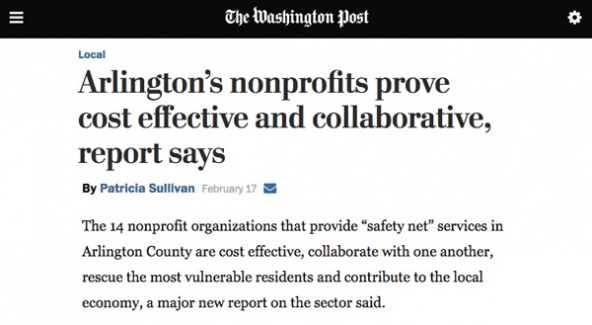 Today, major media outlets like The Washington Post are more likely to use the word “nonprofit” than “charity.”

In 2012, Hokyu Hwang of the University of Alberta and Walter W. Powell of Stanfordobserved, “In recent decades, the nonprofit sector has evolved from informal activities of charitable do-gooders to highly formalized endeavors by enterprising individuals. In such areas as health care, higher education, social services, and the arts, nonprofits are major service providers.” The more professional term “nonprofit” offered credibility to these organizations’ efforts to influence society and operate as businesses.

But the sector has evolved further and is ready for a new name to reflect the dramatic social progress it’s making. And as participants, we all can help make that change happen. Since there’s no almighty czar of social good and philanthropy, it’s up to nonprofit professionals, organizations, and media outlets to confer and choose the moniker that best represents the millions of workers, billions of dollars, and immeasurable difference our sector makes in the world. Perhaps “social impact sector” is most evocative of the community’s goals. But regardless of the collective decision about the proper name, it’s only through its adoption and usage that we can move toward the next era of social good.